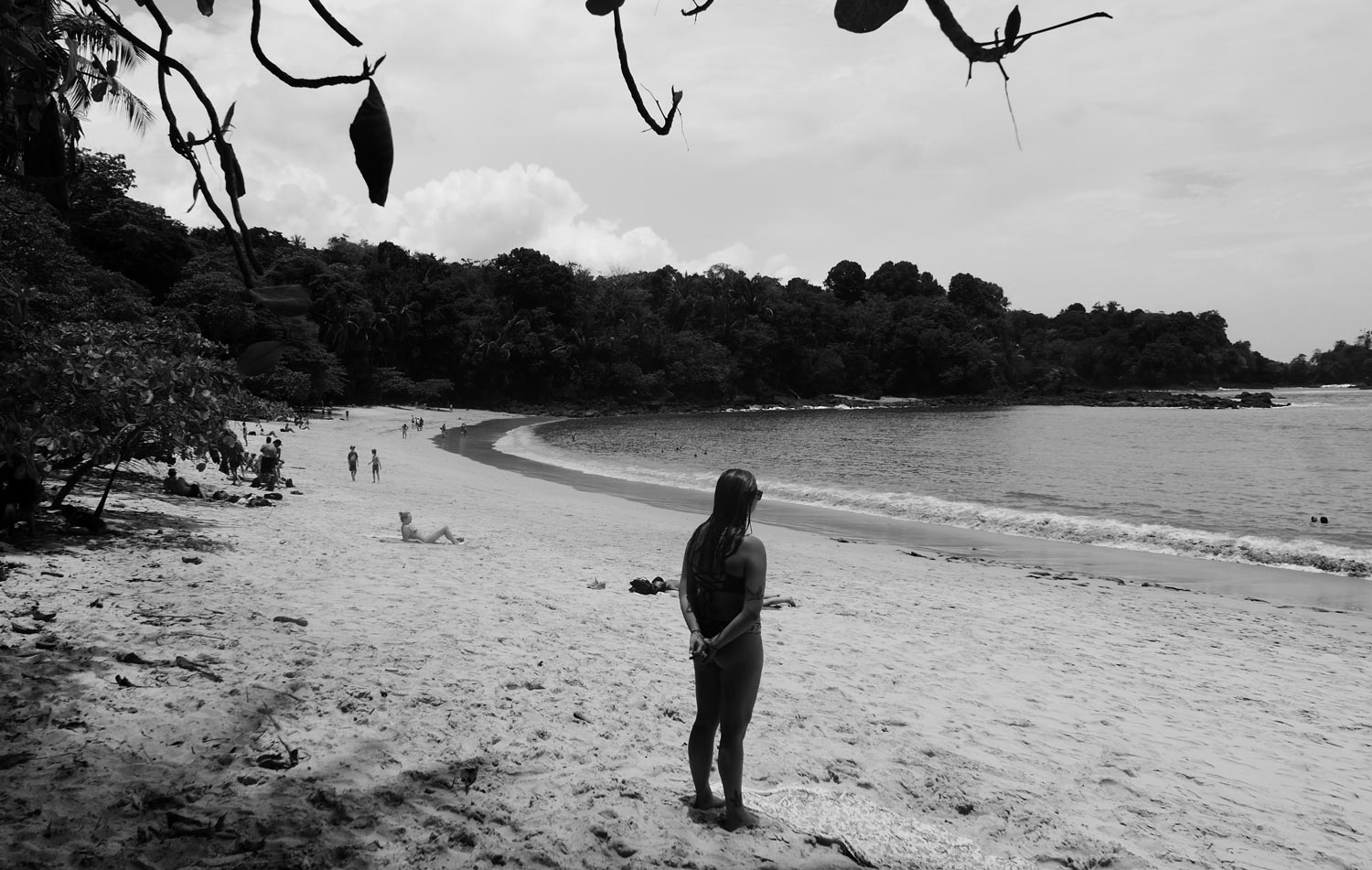 It was a mission impossible from the outset. When Costa Rica in 1972 decided to preserve the unique habitat of Manuel Antonio and make it into a national park, it had to marry mass-tourism with biology doing its slow evolutionary work. The result is an ecological Disney World for some, and a tourist trap for others.

(there is also a photo album about Manuel Antonio)

Let there be no doubt: strolling through Manuel Antonio’s trove of flora and fauna is a treat. When you venture off the beaten track, on the Sendero Mirador trail for example, you are always on the lookout for colorful small crabs to join you.
You can actually hear nature bristle with life here. Most of it is hidden: the howler monkey high up in the trees, just as the quetzal and other birds. And once you go down the Sendero Playa Gemelas y Puerto Escondido, and discover the many iguanas there, you would almost think paradise is here.

The problem with the 683 hectares of Manuel Antonio is the beaten track. From the entrance it actually is a wide, mainly wooden path, almost a walking highway towards the most famous beaches.
It is the perfect encouragement for buses of American tourists being off-loaded here, and then being sold a guided tour for around 50 dollar. Hiring a guide does reveal lots of Manuel Antonio’s hidden natural secrets, no doubt. But it doesn’t give you the feeling you are with nature when you are being surrounded by groups of tourists. Again, it’s a contradiction: we tourists want to have a unique experience. But if we all want that, then nobody really gets one.

There are ways to avoid the crowds of course. One is to come really early (around 7am, when the park opens). Or later in the afternoon, around 1pm, but then you have to rush through the park.
The best thing to do is to not immediately head for the big beaches. It’s where everyone is going, and it would leave you with the feeling you are on ‘just another beach’, as if you were in Manuel Antonio village a mile down the road.
No, head for the Sendero Mirador and/or the Sendero Playa Gemelas. The trail is getting more narrow and natural there. These trails are not too long (1-1.5 kilometres), not too steep, and give you the feeling of being an explorer again. You are continuously looking for new crazy animals to discover (and photograph of course). And the mirador (lookout) at the end of that trail is truly stunning. You can see parts of the coast that cannot be reached by tourists and are truly remarkably wild.

Go to one of the beaches here (Gemela or Puerto Escondido) to find some peace of mind. If the iguanas leave you alone that is. They will if you don’t have food and you don’t harrass them. Don’t worry, some old Americans will do all of that for you. Oh, and don’t forget to take some extra shoes with you, because these beaches can be rocky and stupid Dutch guys will rip up some body parts while trying to swim.
So far, so good. Maybe it would be better if you would leave it there, where the bigger groups don’t go. But in that case one would miss out on those famous Instagram moments of those famous Manuel Antonio beaches.
Admittedly, the Playa Espadilla Sur and the Playa Manuel Antonio are nice. But the former feels like a regular tourist beach almost, where people take all their gear just to sunbath. Which is alright, but you can do that anywhere in the world, so why here in Manuel Antonio? The latter is more recommendable because it feels more natural and quiet. But there are better beaches, for example in Charco Verde in Omotepe island in Nicaragua. Yes, spoilt me.

No, the biggest treat of these beaches actually lies in the peninsula separating them. This Cathedral Point used to be an island. Now it is reconnected with the mainland, has a nice short walking trail with beautiful views and is the area where one can always find monkeys.
Most of them are near the water point at the edge of Espadilla Sur, where one has to gently push/elbow other visitors to take your Instagram moment of the day. But more towards Cathedral Point plenty of monkeys are hiding in plain sight, in an area most visitors ignore.

When you walk back from Manuel Antonio beach, on the wheelchair-friendly highway again, you start to wonder whether this was nature or a theme park. Yes, the park management does put a brake on overcrowding by implementing a visitor cap of 500. And once you discovered another type of iguana and your first sloth in the home straight, it starts to feel more like a genuine experience again.
But still you feel you might be part of the problem and not part of the solution. Aren’t we putting nature up for sale if we only make these very limited areas protected? Should we really make nature into a sort of museum? Or are there better ways to solve the contradictions how to marry the preservation of our wetlands and beaches and forests with the human desire to explore and feel alone with the wilderness?

I also have a photo album of the visit to Manuel Antonio. 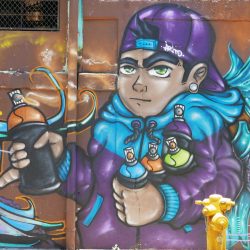 previous post
Gay life in Latin America: You only see it when you know it
next post
Street art in San Jose 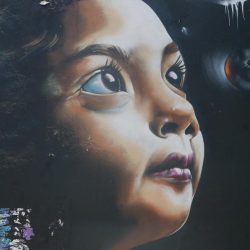