Cosmopolitan traditional. Mexico is as contradictory and hard to describe as it is colorful. This land of many people, stretching from California to the southeastern beach resorts of Yucatan province, is a feast for the senses. From the frenetic pace of metropolitan Mexico City to the indigenous people in the south, this is a country to be discovered step by step, region by region, and dish by dish.

Safety issues and the crazy capital of Mexico City scare a lot of people away from visiting (large parts of) Mexico. The reality, as often, is much less black-and-white: yes there are safety issues in some areas. And Mexico City is crazy. But that has its good sides as well.
Above all, Mexicans are a warm people, relatively relaxed and absolutely in love with their beers (cervezas) and their tortillas and chicken. The climate makes for a gentle vibe. So you will feel quite safe, unless you travel to the northern parts where dug gang-related crime is rife.
Even Mexico City is relatively safe, unless you travel to the favelas on the edge of the city. Metro rides can be a bit intimidating, but if you don’t flash your valuables and don’t walk through the streets after midnight, you will be fine.
The diversity of its people is one of its highlights. The further south you go, the more indigenous villages you will encounter. It all comes together in Oaxaca and San Cristobal de las Casas, melting pots with proud but friendly people.
Apart from the archeological highlights, culture is a dominant factor in the country. Especially Mexico City has an impressive amount of museums. After visiting those, you have genuinely deserved to head for one of the many beaches (Puerto Vallarte, Acapulco, Cancun area, and many more) to enjoy the good life.

It’s no surprise that the Mexican diet is based on flour, corn and chicken. The flour is converted into empanadas, tortillas, tacos, chilaquiles or tortas, combined usually with corn and either chicken or beef.
But you will find the kitchen has become much more international. The big cities obviously have any taste you can imagine, although there is a tendency towards western style food (pizzas, burgers) and less towards Asian or Spanish. Furthermore, Mexico is so ethnically diverse that every region has its own specialties. Oaxaca for example is proud of its mole dishes, where mole is a variety of sauces added to the dishes. Throughout the country you will find experimental cuisine as well, most obviously in the capital.
Drinkwise, Mexicans love their beer. Instead of tequila they nowadays tend to prefer mezcal, to be consumed with caution and in moderate amounts 🙂 Wine is not as common here.

Most tourists will arrive by air. The most common airports are Guadalajara, Cancun in the southeast and of course Mexico City. There are many direct flights to for example Europe and of course America.Another option is to take the road. From the north the most obvious points of entry are near San Diego in California, or in El Paso in Texas. Going from north to south is obviously easier as the other way round, because of the immigration and drug traffic problems.From the south you can enter from Guatemala or Belize. There are several border crossings. The easiest is probably to book a minibus transfer from for example Xela/Antigua/Guatemala City in Guatemala straight to San Cristobal de las Casas in Mexico. There are other connections, also to for example the Puerto Escondido area in the southwest, but they are more difficult and border crossings might not be open 24/7.

The quickest and easiest way obviously is by plane. All the bigger cities have airports. Most are only served by domestic flights. AeroMex is the biggest company, but for example Volaris usually offers much better deals

There are hardly any railway lines in Mexico. The trip from Chihuahua to Los Mochis in the north is mainly there for tourists

The most common mode of transport is long-distance buses. These are usually well-equipped, with TV screens and toilets, and are not too expensive (though much more expensive than in most of Central America).
Finding out which buses are available is a major headache though. For the major companies and major routes you can buy tickets online. But a better way especially in smaller towns is to go to the local ticket offices and ask which options you have. In Xilitla for example were many more connections than the ones found online.

Some of the bus companies:

Driving by car is obviously possible as well. Most roads in Mexico are well-maintained. When you get further to the south, beware of the speed ramps you will encounter every couple of hundred metres. These babies are no joke. 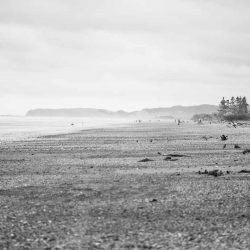 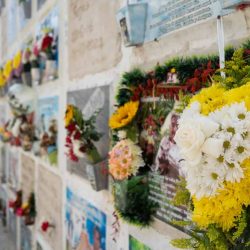 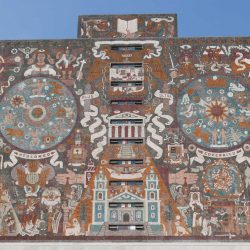 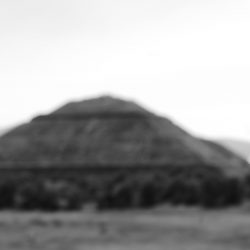