Xilitla, the road from desert to rainforest 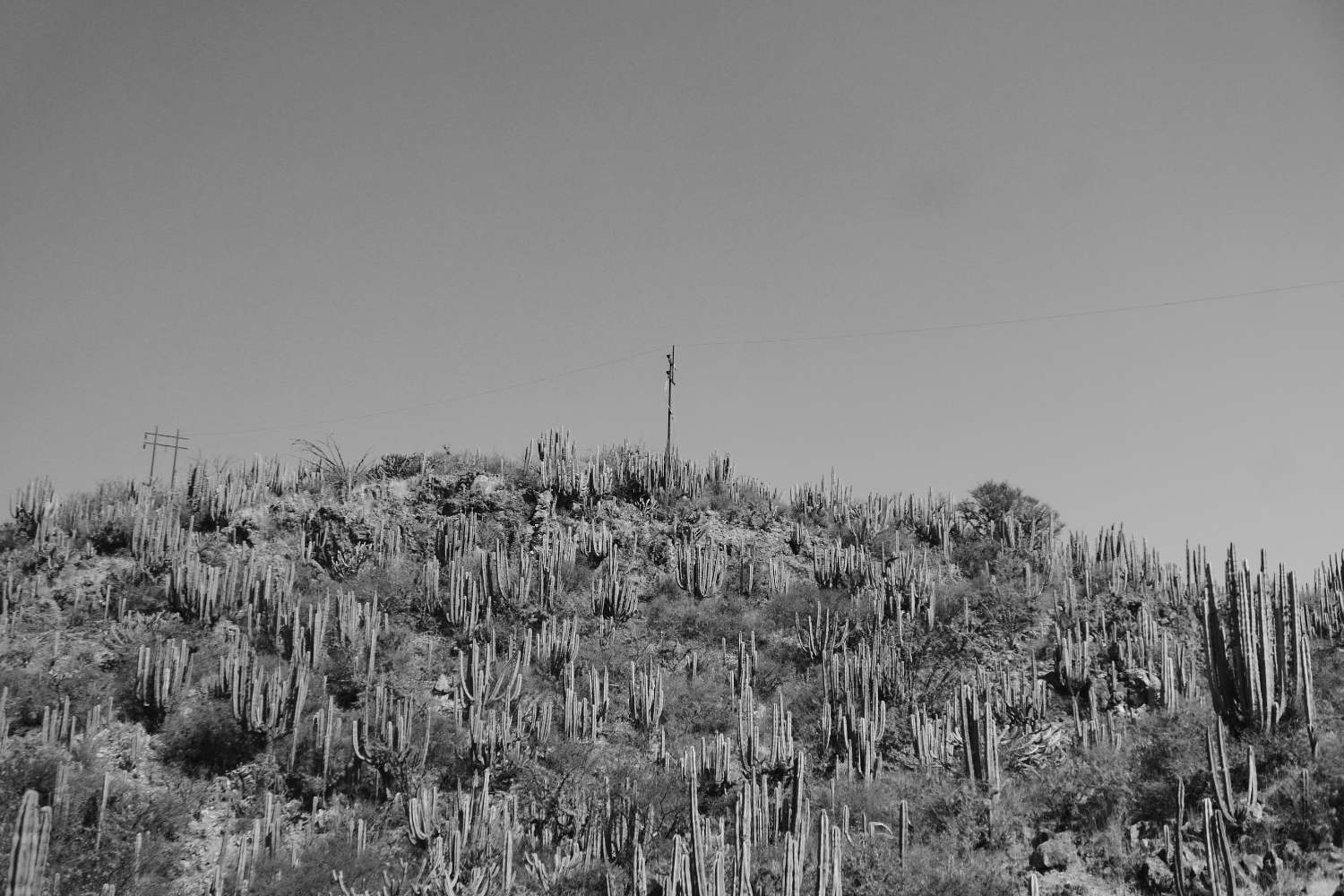 So here we are. In the middle of what looks and feels like a desert. The bus driver suddenly steered his coach away from the asphalt. Said something in Spanish. And since that moment, three hours ago, we are melting in the heat and waiting for something. A replacement bus? A mechanic?
Welcome to bus driving in Mexico. It’s my first long-distance bus trip in the country and a great way to understand how Mexico works. We left early in the morning in CDMX. It felt as if we would keep on driving forever. The favelas on the outskirts of Mexico City slowly morphed into slow villages which morphed into an area full of trees which morphed into a countryside where cactuses seemed to be the only vegetation amidst the sandy hills.

Until, after around four hours, the driver stopped the bus in a small vilage. He went into what looked like a shabby roadside restaurant. And took some 45 minutes to have a proper lunch.

It is exactly this location where we are returning to, after a bus of the same company finally picked us up in the desert. Obviously our bus broke down, so another one takes us back to our last stop. It is amazing to notice how I recognize every single corner, although I have only travelled there once. Being on the road is intense. Everything is new, everything is etched into memory. That is what makes travelling so special.
But here we are, at a bus stop not even halfway our eight-hour journey. A group of twenty angry Mexicans shouts and curses at the representative of the bus company. Apparently a replacement bus was promised by our driver. But once pressed, the only thing the representative can say is ‘manana, manana’.
I am frantically grabbing my smartphone out, switching on Google Translate, to understand a bit of the ongoing conversation. To no avail of course, in this cacophony of sound. But several Mexican women explain, slowly and with gestures, what’s going on. There is only one bus a day, so the next one will come tomorrow at 11am. More or less. Welcome to Mexico.

Long-distance buses in Mexico are generally luxurious affairs, much better than in Central America. But when something goes wrong, don’t expect European-style customer service. I ask the representative which hotel she will book – and pay – for me because of the delay. For a short moment she looks in disbelief, as if a fata morgana burns in flames. Then she laughs. ‘Hotel? No hotel. Lo siento.’
These are the situations that you know in advance are going to happen when you travel through Latin America for a couple of months. In Europe I would be boiling out of anger right now. My destination is still far away, the sun is slowly going down around 6pm, and I already booked my hotel in Xilitla. Which is still around 100 miles away. And no, there is no compensation for delays or cancellations, apparently. Welcome to Mexico.

Later I hear from my AirBnB host in Puerto Escondido of a bus that broke down in the village, and passengers slept in the shadow of the bus for 48 hours waiting for the next bus, because they didn’t have money to buy a ticket from another company. My financial situation isn’t so dire. So in the end – once I have cooled my head and anger – I decide to book a night bus from another bus company. No hotel, no waiting for the next bus the next morning. 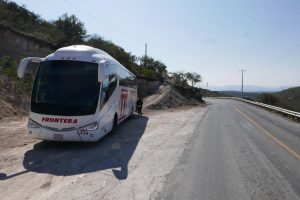 That’s probably the charm of travelling as well in countries like these. You make it up along the way. Of course later on I write a complaint to the bus company, never to get a reply. But these are the things you expect. And there is always the Mexican hospitable soul to count on.
So the two women that translated the symphony of sound at the customer service for me, take me to the terminal of the other company. I swore not to eat any street food during my trip, but here I am eating 30 cent empanadas, fried in a bowl at the edge of the main road, as dinner with my two temporary friends. And after that the long wait awaits, almost six hours until the 1am bus.

In the terminal I make friends with the coffee machine. I make friends with the weaponised guard, a gentle moustached fourty-something who tells me he has been working in America most of his life. He returned to his region of birth two months before, and never had to use his pistol.
I don’t make friends with the television. For some strange reasons Mexicans love slasher movies. I have to endure Child’s Play 2 and Child’s Play 3 during this evening, with the friendly toy doll Chucky coming alive to murder people. Later on this trip I get to see almost the entire Fast and Furious series as well by the way, and Django Unchained by Quentin Tarantino, and some strange American TV series about tweaking cars, and the entire Avengers series.

The guard wakes me up at 0.45am. Despite the coffee I fell asleep, and apparently buses can come early as well here. So I jump on board, into this almost empty coach. And glide into non-existence, into subconsciousness, into this desert road that I have previously memorized but which has become one big black hole for me.
It’s the mystery of travel, moving through the night, not knowing where you are. I wake up several hours later, in semi-sunrise, somewhere. My Google Maps tells me we should almost be there. Which is strange, because it is 45 minutes earlier than scheduled. But yeah, these hills look like a rainforest. And a wooden shield on the side of the road says ‘Las Pozas’, which is the entire reason I travelled off the beaten track to Xilitla.
So when the bus finally stops, five minutes later, I disembark. I give my luggage ticket in return for my backpack. Locals look at me with curiosity. It’s 7.30 am and I have no idea where I really am. Every village, every city has to be conquered and discovered, street by street, one by one. Bring it on. But first, let’s get a couple of hours of sleep in my guesthouse, where the mother of the house is greeting me. Welcome to Mexico. 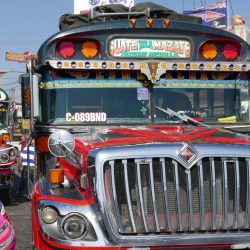 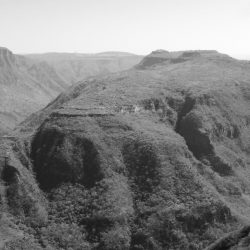